Hitler Liked Dogs. Do You?

I have been following the news of Heartland's ill judged ad campaign. I'd say ill judged only if you consider shooting yourself in the foot while it is in your mouth, ill judged.  Didn't they learn anything from the not funny satirical 10:10 ads?

By pretty much suggesting that those who accept the science of global warming are like serial killers and terrorists they have managed to alienate supporters and funders alike. Drink giant Diageo who owns brands like Guinness, Smirnoff, Johnnie Walker and Moët & Chandon and gave Heartland $10,000 over the past two years say they have no plans to work with the Heartland Institute in the future. State Farm an insurance company has also announced that they were severing all ties with the Heartland Institute.This company gave $114,000 in 2010, $230,000 last year and $95,000 this year according to Heartland's leaked fund-raising plan. Ouch!

Donna Laframboise, author, climate skeptic and blogger had planned on attending Heartlands latest anti-climate change conference but stated 'my participation in the upcoming Heartland conference has now become untenable.' With her book being advertised on the same Heartland web page she believes her ' reputation has been harmed'. She also reports;


'Ross McKitrick said in an a strongly-worded letter to Heartland yesterday:
You cannot simultaneously say that you want to promote a debate while equating the other side to terrorists and mass murderers.'

Perhaps more can be learned about the ethics and morals of those who appear to see nothing wrong with this sort of campaign. Enter stage left my Member of the European Parliament, Roger Helmer. He became an MEP on a Conservative ticket before defecting to the more extreme right UKIP party who has for a deputy leader Mad Monckton. Helmer has been mentioned on my blog before;


Who voted for this idiot?
Rape victims share responsibility for the crime!
Winds of Change?


Helmer is still down to attend this Heartland conference as a breakfast speaker;

By all accounts this insidious Ad campaign is no barrier to him giving his speech. According to Leo Hickman;


'He confirmed he was still attending, adding:
I am delighted that the Heartland campaign for the Chicago climate conference has succeeded in its purpose and attracted the attention of the Guardian.'

So with Helmer and his conservative opinions in mind I thought I'd give Heartland a few suggestions for alternatives to their posters. This ones for Rog; 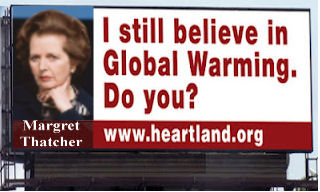 But Heartland's ads are really a reverse version of the Appeal to Authority. Choose someone who is noteworthy in some respect and use them to promote something unrelated. I can't see dairy farmers being too pleased to see this around the country; 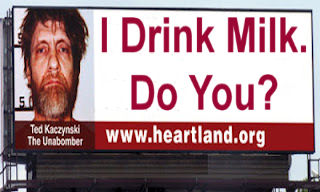 Or, as the title of this post suggests, dog breeders liking this; 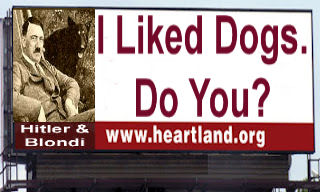 But to really show the absurdity and irrationality of this add campaign, suppose an environmental group had commissioned this; 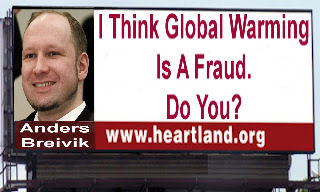